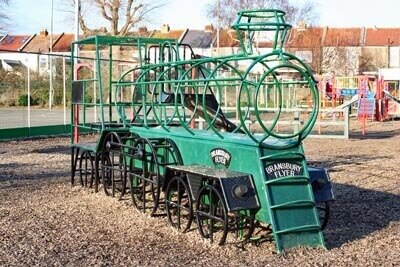 Bransbury Park is situated in the south west of the city at Eastney, between Bransbury Road and Milton Road.

The park was built on reclaimed land and was formerly an inlet of Langstone Harbour. The land was purchased by the City Council in 1911 and is laid out mainly as football and cricket pitches depending on the season.

Portsmouth Model Engineering Society has a 700 foot long steam railway situated in the park just to the east of the childrens play area, which is open to the public to ride on Sundays from 2pm during the summertime.

The western area of the park is a formal flower garden, there is a well equipped children's play area featuring the Bransbury Flyer.

Eastney Community Centre is based in buildings at Bransbury Park, the centre can be hired for events and functions and often hosts art events and small exhibitions.

The land for Bransbury Park was bought by the Council in 1911 consisting of the remains of Bransbury Farm and the land reclaimed from an inlet of Langstone Harbour. Bransbury Farm was owned by James Goldsmith, when he died the land was purchased along with Milton Farm for £28,000, Milton Farm later became Milton Park.

During the second world war the area was used by local residents as allotments to grow fruit and vegetables to supplement the wartime food ration, part of the "dig for victory" initiative. 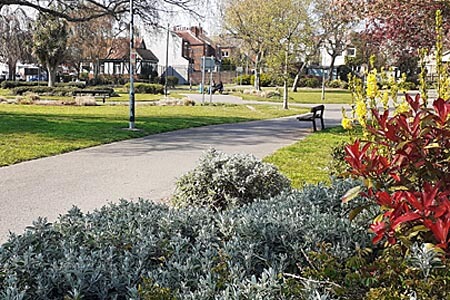 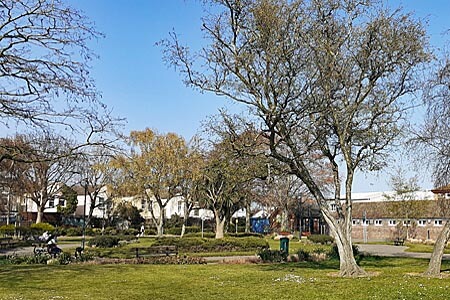