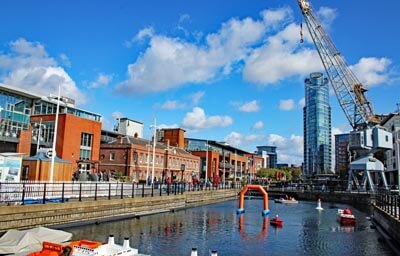 Gunwharf Quays is a retail and entertainment complex developed on the waterfront at Portsmouth incorporating bars, Gunwharf Quays Restaurants, a cinema, designer outlet shopping, residential areas and a marina.

The 425,000 sq ft site has an impressive range of designer outlet stores and a wide range of bars and restaurants many with harbour views, especially those with al fresco eating areas overlooking the bustling Gunwharf Quays Marina.

The centre is easily reached by public transport, Gunwharf Quays is located next door to the Hard Interchange, Portsmouth's transport hub which includes Portsmouth Harbour Railway Station, Portsmouth Coach Station, Bus and Ferry Terminal. In addition Gunwharf Quays has an award winning 1,532 space car park, split over two floors built beneath the centre, one of the largest underground car parks in the UK. Available parking spaces are indicated by green LED indicators making finding a space much easier.

If you are looking for a wide range of designer outlet shops and stores then Gunwharf Quays is the place for you. Gunwharf is home to 95 retail outlets and includes all of the major names in fashion, footwear, household goods, sportswear and outdoor gear.

There are 30 restaurants and bars at Gunwharf Quays to choose from, so there should be something to please everyone and all budgets. On the west side of the centre, close to the Spinnaker Tower, there are 2 floors of restaurants overlooking Gunwharf Quays Marina and Portsmouth Harbour with it's maritime traffic of ferries, sailing boats, fishing boats and Royal Naval vessels. Further restaurants and a traditional pub, The Customs House, can be found at the canalside area of Gunwharf. There really is a wide range of cuisines available here including, American, Chinese, French, Italian as well as restaurants offering a more global menu. You will find a full listing of Gunwharf Quays Restaurants here. 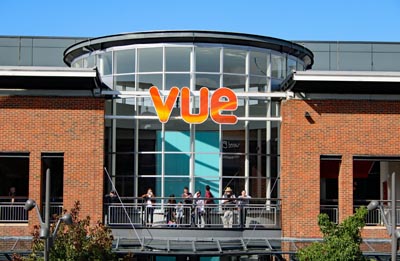 In addition to the fabulous shopping and restaurants, Gunwharf Quays at Portsmouth is also home to some great leisure facilities. Vue has a 14 screen multiplex cinema here, Aspex Art Gallery is located in the Vulcan Building, there is a 26 lane Hollywood Bowl bowling centre.

Grosvenor Casino's have a vibrant casino, with a modern a la carte restaurant seating up to 60, there is so much to do at Gunwharf Quays you will be spoilt for choice.

There are round the harbour site-seeing boat trips which leave Gunwharf Quays just opposite Carluccio's Restaurant, the Spinnaker Tower and regular events, fairs and exhibitions take place at Gunwharf Quays. If you don't want to leave, Express by Holiday Inn have a hotel on site here so you can stay and enjoy yourselves for longer.

Gunwharf was developed on the site of HMS Vernon, which closed in 1986. HMS Vernon was the centre for development and training of torpedoes and torpedo men for the Royal Navy. However the history of Gunwharf is much older than HMS Vernon and can be traced back to the 12th century when King Richard, let out land for development of a dockyard and constructed a dock for royal galleys, known as Richards Docks. 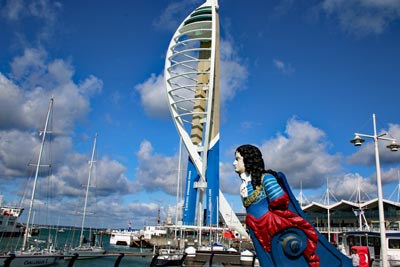 Gunwharf Quays gets its name from its use from the late 17th century. From this time it was the main ordinance supply depot for the Royal Navy in Portsmouth, it was from this site that ships loaded their weapons, canon balls and gunpowder before leaving Portsmouth Harbour. It was from this site that HMS Victory would have collected her weapons and munitions before leaving to fight at the Battle of Trafalgar.

The HMS Vernon site was badly damaged in The Blitz during the Second World War and many building were destroyed. Some original buildings do still remain, as mentioned earlier the Old Customs House pub is housed in an old Royal Naval administrative building and the Aspex Gallery, free admission, is housed in the Vulcan building another listed building that survived the bombing.