SAILING PORTSMOUTH AND THE SOLENT 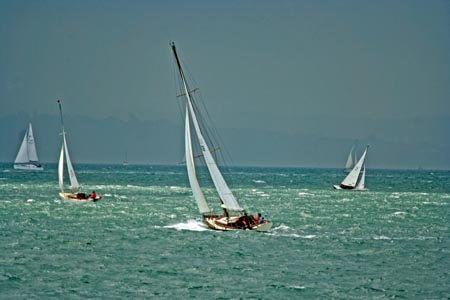 Due to its location adjacent to The Solent one of the most famous sailing areas in the world, Portsmouth is an ideal place for sailing and a whole range of water sports. Whether you are a novice or an expert, this is the place to sail. For more information on Portsmouth Sailing Clubs and Portsmouth Marinas, follow these links.

Across The Solent, the Isle of Wight provides shelter to the waters off Southsea and so provides an ideal area for inshore sailing, wind surfing, kite surfing, canoeing and cruising. The Isle of Wight hosts the annual Cowes Week sailing event in August, as well as the Round the Island Race in July. 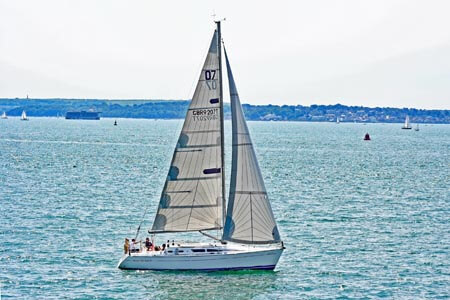 The Solent is 15 miles long and varies in width between 21 to 3 miles due to the undulating shape of its opposing coasts.

Within the Solent, strong currents flow through the Hurst Narrows (1.8 metres per second on spring tides) at the western entrance to the Solent (Velegrakis 1994).

However, at the entrances to Portsmouth Harbour, Langstone Harbour and Chichester Harbours, surface currents may reach in excess of 3 metres per second on a full spring ebb (Admiralty Chart 3418).

To the east of Portsmouth is Langstone Harbour, at high tide, water covers about 1900 hectares but at low tide only about 200 hectares are under water. Langstone Harbour has a number of mooring areas providing both deep water and dry moorings for several hundred boats. A small fleet of commercial fishing vessels operate from the harbour and there are some commercial shipping movements to and from the two commercial aggregate wharfs. 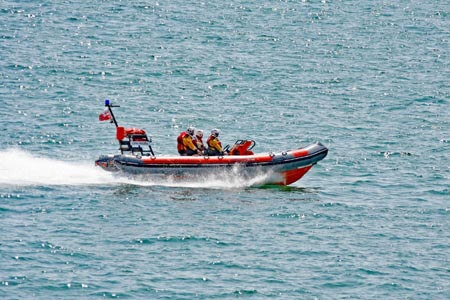 If at sea call on VHF channel 16 or depress the RED distress button on your DSC controller.
For routine traffic and other information Telephone: 02392 552100 or call on VHF 67.
Digital Selective Calling MMSI 002320011.

Address: Semaphore Tower, HM Naval Base, Portsmouth, PO1 3LT
Telephone: 02392 723694
Customs: If you are arriving or departing from any country outside the EU or the Channel Islands, you must complete the Customs form C1331.
HM Customs Portsmouth Telephone: 02392 852148