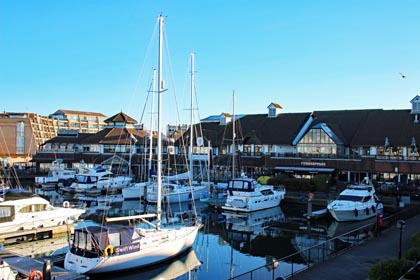 Shops at Port Solent and Port Solent Restaurants are located around the marina facility, providing great views of the boats and all of the marina activity.

The marina has 452 berths and one of the largest locks in Europe measuring 42m long and 12.5m wide providing 24 hour access to the tidal waters of Portsmouth harbour, with it's direct access into The Solent.

There is also a multiplex cinema at Port Solent, The Odeon, which has 6 screens with digital sound system.

Port Solent was developed on reclaimed land between Horsea Island and the coast at Paulsgrove at the top of Portsmouth Harbour. Port Solent marina was opened in April 1988 by HRH Princess Anne, the first boat to enter the new marina facility was the Lively Lady sailed by Sir Alex Rose the celebrated round the world sailor from Southsea.

To the northern side of the marina is a residential development of some 414 houses, approximately 205 of these have private moorings, as well as the Oyster Quay apartment development. Oyster Quay is home to 167 luxury apartments in a six / seven story building overlooking the eastern edge of the marina and includes a leisure centre, spa and gym.

The shops and restaurants at Port Solent are located on two levels overlooking the eastern and southern side of the marina providing great views of the boats and all of the marina activities.

The Boardwalk was designed to have a Mediterranean feel and has a covered walkway which allows easy access to stroll around the centre whatever the weather. There are thirteen bars and restaurants around The Boardwalk as well as boutiques, shoe shops, books and gifts.

In addition to The Boardwalk there is a further area adjacent to the main car park, where Snow and Rock have a large store boasting one of the largest ranges of ski, snowboard and outdoor products in Europe.

Located next door is the David Lloyd health and fitness centre with an indoor swimming pool, squash courts, gym, spa, and members club and dining facilities.

At the western end of Port Solent the marine based businesses are based, a fully serviced boat yard, marine engineers and repair facilities, boat sales and a chandlery. 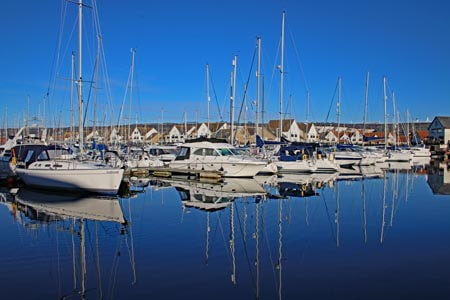 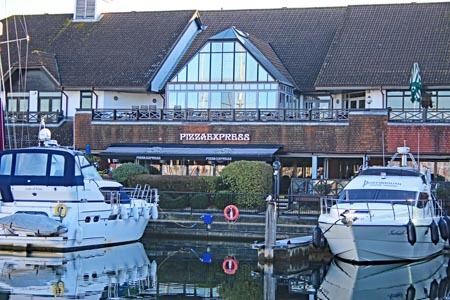