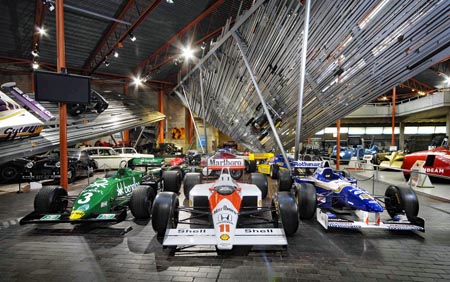 Beaulieu is located in the heart of the New Forest, near the village of Brockenhurst and was one of the first Stately Homes in England to open to visitors in 1952. Now almost 70 years later, Beaulieu welcomes approximately 320,000 visitors every year.

The motor vehicle collection in the National Motor Museum remains one of Beaulieu's most famous attractions with more than 250 on show from the earliest examples of motoring and family cars of the 30s and 40s through to classic cars of the 70s and 80s and rare motoring oddities such as a giant orange on wheels.
But don't miss Palace House, Beaulieu Abbey and World of Top Gear, all of which are included in the entrance ticket.

Jack Tucker's Garage recreates the sights, sounds and smells of a typical country garage from the 1930s while Wheels provides fascinating voyage through 100 years of motoring and Beaulieu Motor Works.

In the popular James Bond Exhibition you can see the Aston Martin Volante from The Living Daylights, and the Ford driven by Daniel Craig in his first incarnation as Bond in Casino Royale plus the Lotus Submarine car from The Spy Who Loved Me. A magnificent collection of memorabilia including Jaw's shirt from The Spy Who Loved Me and Odd Job's bowler hat as seen in Goldfinger is also on display. 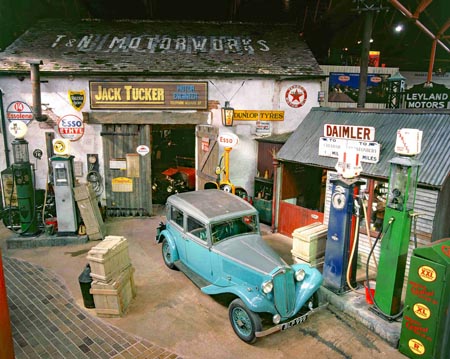 The Secret Army exhibition tells the story of the Special Operations Executive (SOE) which trained secret agents at the Beaulieu Finishing School during the second world war. The agents were trained at a number of large country houses scattered across the Beaulieu Estate before returning to occupied Europe to work with Resistance groups. Many paid the final sacrifice and did not return.

Visitors can tour the magnificent rooms and treasures of Beaulieu House, known as Palace House, Lord Montagu's family home since 1538 and the 13th century Beaulieu Abbey. Palace house started out as the Great Gatehouse of the Beaulieu estate, the estate was bought in 1538 by Sir Thomas Wriothesley who became the 1st Earl of Southampton. In the early 1860s the house underwent major extension and modernisation overseen by Lord Henry Scott, becoming the building seen today. Lord Montagu and his family still live at Beaulieu Palace House, in a private apartment in the Victorian wing of the house.

The gardens are also open to visitors including the Victorian Flower Garden, the informal Wilderness Garden and the Ornamental Kitchen Garden.