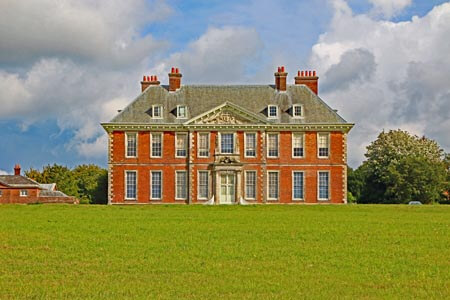 Uppark House is located on the B2146 just south of South Harting in West Sussex, a 17th century house it is a National Trust property.

Uppark began as a deer park in the 14th century 'Le Upparke' with woods and pastures, there were actually two parks 'Up Parke and Down Parke' in 1595 the house was built for the Ford family.

The house was built for Ford Grey the first Earl of Tankerville a man with a notorious background. in 1682 he was arrested and put on trial for seducing his wife's sister Lady Henrietta Berkeley he was freed following the trial.

In 1683 Grey was again arrested for taking part in the Rye House Plot, a plan to assassinate King Charles II of England, he escaped from the Tower of London and fled to France.

In 1685 he was one of the leaders of the Monmouth Rebellion, an attempt to overthrow James II, he was again arrested and charged for treason but obtained a pardon by informing on his fellow rebels.

Uppark was sold in 1747 to Sir Matthew Fetherstonhaugh and it was his family that re decorated the house and collected many of the items on display today, collected during their Grand Tour of Europe.

HG Wells the writer, spent time at Uppark in 1887 where his mother was housekeeper, his father also worked as a gardener there. This time spent at Uppark observing the social and class divisions is thought to have influenced Wells' socialist views.

Unfortunately Uppark was severely damaged by fire on 30 August 1989, a blow torch being used by workmen repairing the roof, ignited the roof timbers resulting in a huge fire. The house was open to visitors at the time and many of the works of art and pieces of furniture were carried out of the house by National Trust staff and members of the public.

The attic and first floor collapsed onto the ground floor, twenty seven fire engines and one hundred and fifty six fire fighters fought to bring the fire under control, once the fire was extinguished it still took a further four and a half days of damping down before the fire was declared to be out.

The National Trust undertook a major restoration project that took six years to complete, the rubble removed from the house was labelled and stored in 3,860 labelled dustbins, identifying exactly where in the house they had originated. Uppark finally re-opened in 1995.

The gardens at Uppark have sweeping views south across the South Downs, to the south west you can see the Spinnaker Tower and the Lipstick building at Gunwharf Quays in Portsmouth, peeking over the downs. 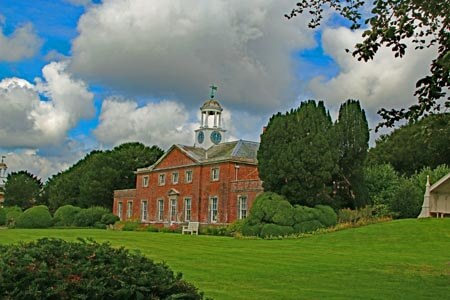 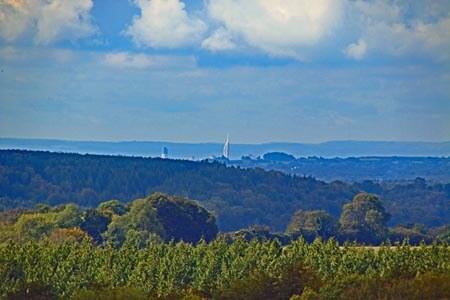