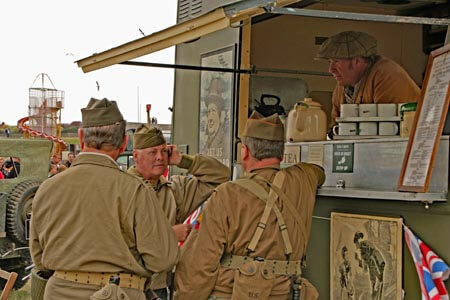 Castle Field, adjacent to Southsea Castle part of the Southsea Common area, is often used to host concerts and events taking place in Southsea, such as the Race For Life, Victorious Festival, Military Commemorations, Fetes and other events.

Castle Field was part of the defences of Southsea Castle, having a large open area surrounding the castle provided the castle defenders with a field of fire, any attacking forces were forced to approach across this open ground at the mercy of the castle archers or artillery.

The banked section at the coastal end of Castle Field, known as East Battery, is an earthwork battery where artillery was positioned, to protect the castle from an attack from the sea. These batteries are more recent additions to the military works, they were added during a modernisation of the castle in 1814.

Parking is available at the nearby D-Day Museum car park, the Pyramid Centre car park and along the seafront.