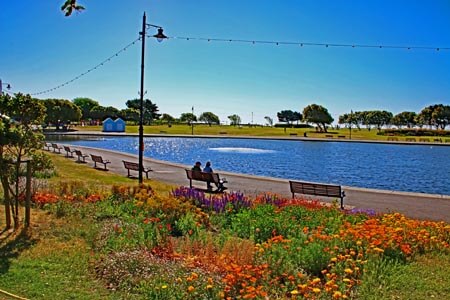 Canoe Lake Southsea and the Rose Gardens, are located on Southsea Seafront just to east of South Parade Pier and dates from 1886.

The Canoe Lake area has a wide variety of landscapes ranging from the grassland area close to the lake, to the formal planting of the Rose Gardens within the remains of Lumps Fort.

Canoe Lake was built using the labour of unemployed men from poor areas of the town and was opened on 17th June 1886 by the Mayor, A.S. Blake, Esq and was initially used for sailing model yachts but was quickly used for canoeing and boating.

The Rose Garden, just to the east of Canoe Lake, is housed in the remains of Lumps Fort. Lumps Fort was constructed between 1859 and 1869 as part of the Portsmouth defences. In 1914 it was redeployed as a beach defence battery and was disused by the end of the first world war.

Other facilities in this area include grass and hard tennis courts, bowls greens, putting, St Helen's field cricket field and the Model Village. The area around Canoe Lake has large open gass areas and is a popular spot for picnics during the summer.

A new childrens activity area has been added to the area between Canoe Lake and the Model Village and includes water features for splashing about in and a zip wire ride.

Lumps Fort, the area now occupied by the Model Village and the Rose Gardens, was first built in around 1545 to defend the beach against an enemy beach landing between Southsea Castle and Eastney. In the 1850's the Fort was rebuilt as part of the Napoleonic Wars defensive improvements, it housed 16 canons, 100 soldiers and was surrounded by a dry moat. During World War One Lumps Fort was armed with two six inch guns, the abandoned fort was purchased by Portsmouth Corporation in 1932. 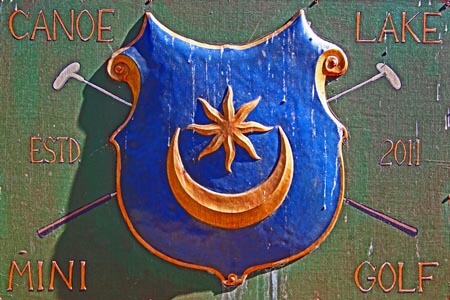 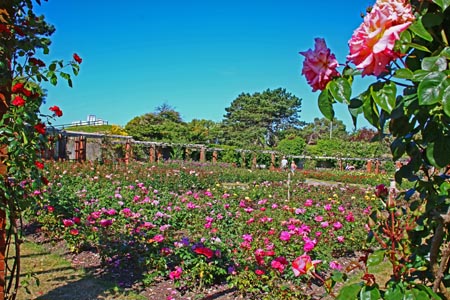