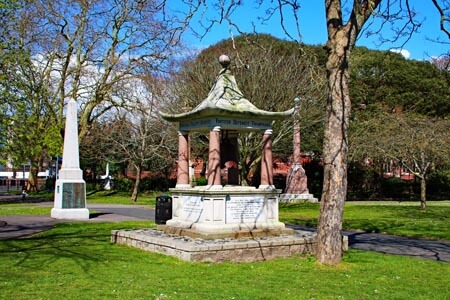 Victoria Park was the first public park to be opened in Portsmouth. When the fortifications around Portsea were levelled, 12½ acres of land was obtained by the Corporation from the War Office for a "peoples park". Victoria Park was built on land which was formerly a glacis and open land, part of the Portsea defenses. A glacis is a military engineering feature, a gently sloping embankment running down and away from a fortification. This made it easier to defend with canon fire.

Victoria Park was designed by Alexander McKenzie and was opened on 25th May, 1878. Alexander McKenzie was a Scottish born landscape designer, responsible for the development of many of the parks and open spaces in London. He was made superindendent of Alexandra Palace and Park in 1863 and subsequently employed by the Metropolitan Board of Works, overseeing Finsbury Park, Southwark Park, Victoria Embankment, Albert Embankment, Hampstead Heath, Blackheath, Shepherd's Bush, Stepney Green, Hackney Commons and London Fields.

Victoria Park is situated just to the north of Portsmouth Guildhall, across the railway lines, the park covers 12½ acres and is mainly grass but is also planted with trees, shrubs and flowers. A circuit path follows roughly the perimeter of the park and is intersected by further winding paths. 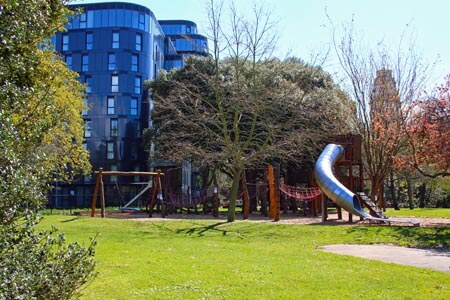 A great deal of development has taken place to the west of Victoria Park. The towering glass clad ex Zurich Insurance building has been expanded and is now a student accommodation building, this has been joined by a tall block with a circular tower feature, this is the Travelodge Hotel on Stanhope Road.

To the south is Portsmouth Guildhall and University buildings formerly the Municipal College, these are accessed from the park's south east corner through a tunnel under the railway, passing the war memorial in Guildhall Square.

To the east, across Anglesea Road are more University buildings and Royal Navy establishments and finally to the north on Edinburgh Road is the Roman Catholic Cathedral of St John.

At the centre of the park is an enclosed area containing an aviary with peacocks, parrots and other exotic birds. An adjacent area contains small mammals such as rabbits and guinea pigs which children enjoy feeding.

Contained within the park but primarily towards the eastern entrance there is a collection of memorials and monuments connected to the Royal Navy, some of these were moved to the park from other locations within the city. These include: 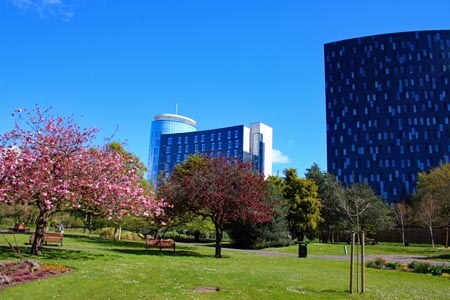 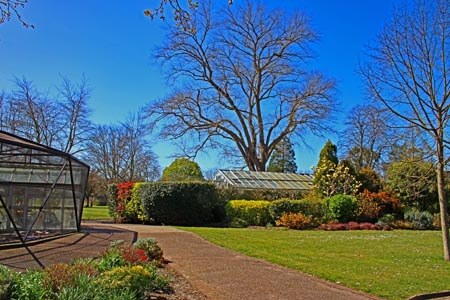