RAVELIN PARK AT THE UNIVERSITY OF PORTSMOUTH 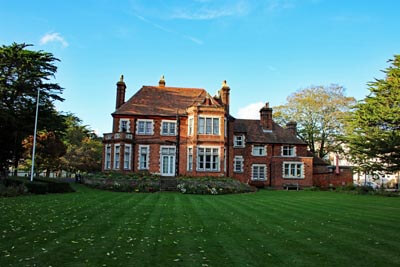 Ravelin Park is located on the north side of Museum Road, opposite the Portsmouth City Museum, part of the University of Portsmouth campus. The park which occupies approximately 4 acres, is is named after a particular design of triangular defencive fortifications that originally occupied the site.

Ravelin Park occupies the site of fortifications built by Sir Bernard de Gomme between 1665 and 1685. The area of Old Portsmouth used to be surrounded by defencive fortifications including walls, bastions, a moat and tall triangular constructions known as ravelins.

Ravelins were located beyond the city wall. Their initial function was as a fortification, however, if and when overrun, defenders could fall back and fire down into the ravelin from the wall above. The triangular shape of the ravelin would force a wave of attackers to divide before getting to the city wall.

During the 19th century the fortifications were demolished, the site became the city's army garrison headquarters in 1870. Ravelin House, Town Mount and Gun House were built, being used to house senior army officers. Just before the Second World War Ravelin House was the Head Quarters of the Army Garrison in Portsmouth, its Commanding Officer and resident of Ravelin House was Brigadier Bernard Montgomery.

The army left the site in the 1960's and the land was transferred in 1969 to Portsmouth Polytechnic, which later, in 1992, became the University of Portsmouth.

The Ravelin Park site is now home to various University of Portsmouth buildings including the Frewen Library, the Student Union and the Dental Academy. 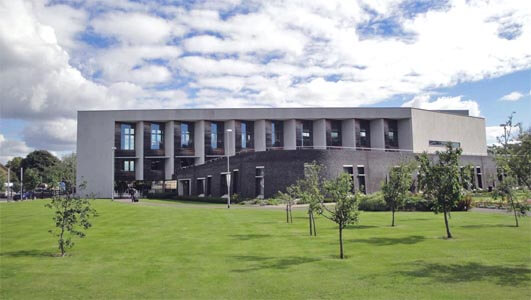