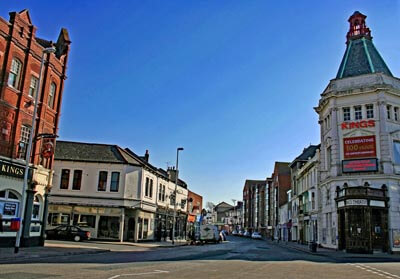 The Kings Theatre in Southsea is one of two Frank Matcham designed theatres in Portsmouth, the other being the New Theatre Royal in Guildhall Walk.

The Kings Theatre is located on the corner of Albert Road and Exmouth Road and opened in 1907. John Boughton manager of the Portsmouth Theatres Company employed Frank Matcham the renowned theatre designer to draw up plans for the new theatre in Southsea.

Matcham designed approximately 90 theatres during his career although this figure is not entirely clear. Among his many works are the Hackney Empire, the London Coliseum, the London Hippodrome and one of his most famous works is the Tower ballroom in Blackpool. The Kings Theatre Southsea is a Grade II* listed proscenium arch theatre and has been described as as a 'theatre of national architectural importance' by the Theatres Trust, the national advisory public body for theatres.

The Kings was run by the The Portsmouth Theatre Limited right through until 1964, at this time it was bought by Commander Reggie and Mrs Joan Cooper. Actress Joan had formerly trained at the Central School of Speech and Drama in London, she retired from acting when she married Commander Reggie Cooper in 1942. Hampshire County Council took over the theatre in 1990 and Portsmouth City Council in 2001. The Kings has been run by the Kings Theatre Trust Ltd a voluntary charitable Trust since 2003.

Peter Sellers star of the Pink Panther films and the Goon Show, made his stage debut at the Kings Theatre in 1925 aged just two weeks old! His parents Agnes and William Sellers, themselves actors, were performing here. Peter was born in Southsea.

The Kings has a capacity of 1,400 seats over four floors, level access is only available in the Stalls, there is no lift at the Kings so all other levels at the theatre are only accessible via the stairways.

Car parking is available at the Waitrose car park in Marmion Road Southsea approximately eight minutes walk. Alternatively you can park in the resdential streets around the theatre, some local parking restrictions are in place, check street signage for details. 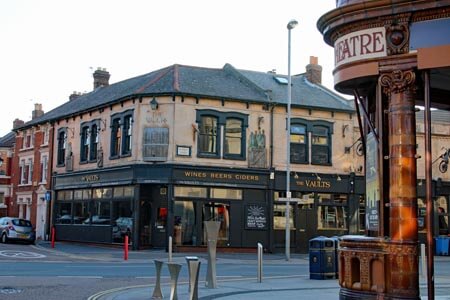 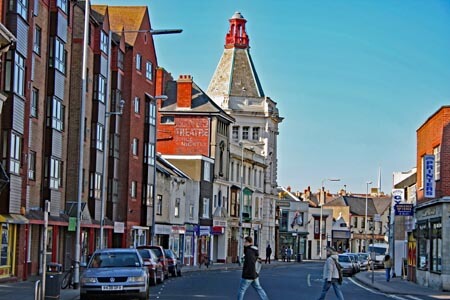